The Bank of England’s post-BREXIT cut in its base rate has prompted banks to cut the rates they pay savers, says the Telegraph. It says Lloyds is to cut its main saver rate from 0.25% to 0.05%, which will affect hundreds of thousands of account holders. Banks are also cutting the rates they pay regular savers. 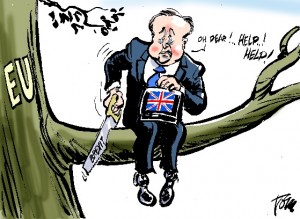 Investing in a pension beats investing in property, says the Telegraph. It commissioned experts at AJ Bell to crunch the numbers for them, taking into account recent tax changes.  They showed that assuming the same returns on property as over the past decade, a £100,000 buy to let property would grow in value to £123,000 and generate £41,000 of rental income after ten years, giving a total return of £164,000. Over the same period a pension investment lending market is now strong enough to manage without it, since 95% mortgages without the guarantee are available from several lenders (Investment Planning).

Pension rules to be eased for expats

The government plans to ease rules on pension benefits for expatriates, says the Financial Times. Under current rules anyone with a final salary or other guaranteed benefits worth over £30,000 with normal stock market returns would grow to £204,000. A property investor could do better than the pension only by buying multiple properties with a lot of debt – which means taking a lot more risk (Investment Planning).