Financial planning tailored to your individual needs
0117 923 7652 | enquiries@churchillwm.co.uk
Can Hammond keep his hands out of the pensions cookie jar? (Bristol Pension Adviser)

Can Hammond keep his hands out of the pensions cookie jar? (Bristol Pension Adviser)

New Chancellor Philip Hammond will deliver his first Autumn Statement on 23 November and the industry is waiting with bated breath to see what impact it will have on pensions. 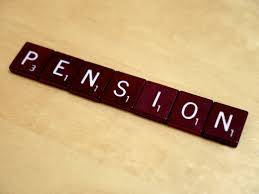 Last week’s announcement that the Treasury will not pursue the creation of a secondary annuity market indicates Hammond is not blindly following his predecessor George Osborne.

So will he press on with proposals that have been kicked down the road, such as reform of pension tax relief? Will he have a few Osborne-like surprises of his own? Or will he do the unthinkable and finally just leave pensions alone for a while?

Liberty Sipp managing director John Fox warns that whenever the Government wants to raise cash – which is particularly likely after Brexit – pensions are always the whipping boy (Bristol Pension Adviser).

“The Government might fiddle around with pension tax relief, as pensions are always the victim when it is trying to release cash into other areas. It is a soft touch. For example, nobody was out demonstrating when the lifetime allowance was cut,” he says.

That said, Squire Patton Boggs pensions partner Matthew Giles wonders if Osborne’s successive changes have made it difficult for Hammond to take any action on pensions this time.

“The pension system was the cookie jar into which Osborne kept dipping. Barely any aspect was left untouched during his six-year tenure. So what is left for Hammond to target?” he says.

He highlights recent changes to the state pension, public sector pension restructuring, pension freedoms and tax relief cuts, and raises the question as to whether it is too soon for Hammond to revisit some of these areas (Bristol Pension Adviser).

“The Autumn Statement could include the announcement of more freedoms and more cuts to tax relief, or it could see the revisiting of other proposals that had previously been put in the ‘too difficult’ pile. But perhaps the most popular course of action would be to do something that Osborne never seemed to manage: leave pensions well alone.”

He says: “With the uncertainty around the overall cost to the Treasury, the impact on pension saving and lukewarm reception from the savings industry, the Lifetime Isa looks ripe for the chop. It was always going to be most used by the rich so scrapping it can be said to fit in with the current Government broader agenda on fairness,” he says (Bristol Pension Adviser).

At the top of Nicol’s wish list is seeing the annual allowance taper for high earners revoked. He says: “This policy violates two basic principles of a good tax: certainty and fairness. It creates a tax dilemma for some who cannot know their annual pension contribution allowance for a year until it is too late to do anything about it.”

A sigh of relief?

A Royal London policy paper recently called for an end to the “salami slicing” of pension tax relief. Its calculations show cuts in the lifetime and annual allowances, falling annuity rates and the impact of inflation have combined to reduce the annual pension that can be generated from pots within HMRC tax relief limits by two thirds in the last decade. For Royal London director of policy Steve Webb, the Chancellor must end the complexity that creates.

Seer Green Financial Planning pensions adviser David Jose believes we could see a flat rate of around 30 per cent introduced to encourage less affluent people to save more, as well as saving the Government money in the long term. Another proposal that has been mooted recently is an age-related scale.

Jose says: “This would provide a relief of between 100 per cent and 80 per cent minus your age. So younger people who save into their pension pot receive more tax relief, which will encourage them to save more for retirement.”

He adds the scalability would also help the Government, as the relief would automatically reduce each year as the pension pot builds up and the saver gets older (Bristol Pension Adviser).

However, Charles Stanley pensions and investments analyst Rob Morgan is pessimistic on the prospect of this form of tax relief being Hammond’s “rabbit out of the hat” moment.

He says: “I think it’s unlikely, as this kind of system sounds rather difficult to administer. It is also potentially quite discriminatory – favouring wealthy families – and could undermine wider comprehension of pension tax relief. What is more, it hits the grey vote, something Hammond will probably want to avoid, and does little for many people in their 40s and 50s – in their peak earnings years – who need to play pension catch-up.”

Broadly, the industry is expecting the Chancellor to review the options put forward during the tax relief consultation at the end of 2015. However, as Standard Life head of pensions strategy Jamie Jenkins points out, these options present implementation challenges which have not yet been resolved (Bristol Pension Adviser).

“The potential disruption to auto-enrolment also remains a significant reason for maintaining the status quo, at least until it is fully rolled out,” he says.

The dilemma for the Government is that it must balance the need to make its own savings with the need to incentivise people to save into pensions.

“Changes to pension tax relief are going to have to happen. It comes back to the Government juggling money and getting people to save for a future in a system that works for all,” says head of Ascot Lloyd Employee Benefits Brian Smyth.

However, Smyth worries that making pensions less attractive to high earners through policies like tapering of the annual allowance will mean they are less likely to support their employees with their pension. He would welcome the end of tapering and does not see the need for an annual and lifetime allowance (Bristol Pension Adviser).

EY partner, head of life and pensions, James Tufts sums up the views of many in his call for stability. “It is all very well for the Government to change pension policy but on the operation side, for insurers to introduce changes, it can be very challenging,” he says.