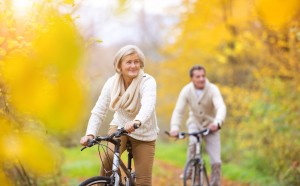 Susan and Paul, who were a married couple both aged 60, contacted us with a view to organising their retirement planning. Both Susan and Paul were company directors who had built up a variety of different pensions throughout their careers. Having both reached their selected retirement age they asked us to provide them with a thorough review of their exiting pensions and outline the most effective way for them to take initial tax free lump sums from their pension pots and then provide them with ongoing incomes.

In our initial free meeting we discussed Susan and Paul’s retirement goals and income requirements. We also worked through a fact find with Susan and Paul so we had a thorough understanding of their financial circumstances including their tax position.

Following our meeting, we formulated a retirement strategy for them both. Susan had three pensions in place and the largest was a frozen occupational final salary scheme which she and her current employer had contributed to until her employer closed the scheme to new contributions. Paul had two large defined contribution pension schemes, one of which was part of an occupational group personal pension and the other was a personal stakeholder plan.

We recommended that Susan take a tax free lump sum directly from her frozen occupational scheme and a guaranteed income which increased in line with inflation. We did not advise Susan to transfer away from this scheme as by doing so would mean giving up valuable guarantees which are attached to this arrangement and we felt that her circumstances and objectives did not warrant the capital within the plan being transferred into a new scheme.

In relation to Susan’s other two plans, which were defined contribution plans, we proposed she transferred the capital within these plans into a personal pension plan with an income drawdown facility so she could take 25% of the combined capital pot as a tax free lump sum. The scheme would then provide a monthly income which would be taxed at her marginal rate of income tax. We advised Paul to follow a similar strategy in relation to his two defined contribution pension plans.

We recommended well-diversified multi-asset portfolios to sit within Susan and Paul’s new income drawdown plans. A multi-asset portfolio is a diversified collection of different types of investments such as shares, bonds and property funds from differing geographical locations, for example the UK, USA, Europe and Asia. In addition, Susan and Paul completed risk questionnaires so we could ascertain their attitudes to risk and capacity for loss in order to ensure the portfolios we proposed were consistent with their attitude toward risk.

Susan and Paul chose to proceed with our advice and having set up their drawdown plans, we now manage the investments on an ongoing basis. This means we watch over the performance of the investment funds and switch them when we believe it is necessary to do so. We also rebalance their portfolios in order to keep them in line with their attitudes to investment risk.

Disclaimer: these case studies are based on real cases but the names and exact circumstances have been changed for client confidentiality. They provide examples of the service we have offered previous clients and may not be suitable for you. Please speak to one of our advisers should you want guidance in any of these areas.