Looking at the media, you could be forgiven for concluding that defined benefit (DB) pension scheme deficits are about to rain Armageddon on UK Plc. 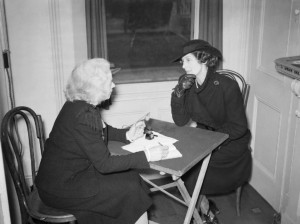 The story going around is that the DB schemes are in “crisis”, the DB system is “unaffordable”, and that if the employers who sponsor them are to be saved from imminent insolvency the only solution is to slash members’ pensions.

I don’t believe that narrative bears much scrutiny.

I’m not saying that there is no problem at all. A minority of DB schemes and their sponsors are in distressed circumstances, but the data doesn’t bear out the argument that in general DB schemes are unaffordable – nor that they are about to fail, nor are they about to bankrupt their sponsors, nor will they overwhelm the pension “life raft”, the Pension Protection Fund (PPF).

At the moment most DB schemes are in deficit. This is because the cost of funding their liabilities now is more than schemes assumed in the past. There are several reasons for this – anticipated investment returns are lower, pensioners are living longer, and some risk strategies have not worked out as expected – but does it mean that the DB system is now unaffordable?

The short answer is no, but the reason for saying that is more complicated.

All schemes are obliged to submit their valuations to us every three years. Therefore, we have a near complete picture of the funding position of every DB scheme, albeit one, two or three years out of date, depending on where each scheme is in the valuation cycle.

Looking at the entire DB universe and taking into account the investment strategies pursued, the economic conditions that have prevailed and the deficit recovery contributions (DRCs) paid since each scheme’s last valuation, we can estimate the current total DB deficit at around £350-400 billion.

Using different, publicly available data, we can also estimate the financial position of the sponsoring employer of most DB schemes. There are several ways of doing this, but when looking at the question of whether a company can afford its DRCs, its dividend payments can be a useful indicator.

For example, we know that in 2010, among the FTSE350 companies paying both DRCs and dividends, half of them paid six times more in dividends than they did in DRCs. We also know from the latest published information that this ratio now stands at 11. This is an indication that most of the FTSE350 companies can afford to at least maintain DRCs, and that many can afford to increase them if necessary, albeit at the potential price of reducing their dividends.

However, it is also true that a minority of schemes and sponsors are finding it tough to meet a sufficient level of DRCs. These schemes represent around 10% of the headline deficit figure – in other words around £35-40 billion – and some, but not all, of these may eventually end up in the PPF.

The numbers I am using are a lot less than the media headlines which quote a figure of around £1-1.5 trillion – why are the numbers so different?

The answer lies in the way in which deficits are calculated for different purposes. The number often quoted in the media are calculated on a “buy-out” basis, whilst the number I am using is the “scheme specific” basis.

The buy-out basis tells you how much a scheme would have to pay an insurance company to guarantee its full liabilities. Insurance companies price these guarantees based upon the anticipated income yield on government bonds and other similar assets. In addition, they are required to hold a capital buffer assessed on similar yields, and of course they include a profit margin. Because bond yields are exceptionally low currently, the price of a buy-out is very high.

By contrast a pension scheme does not have to invest only in bonds, but has great flexibility to diversify its investments across a wide variety of asset classes including equities, property, infrastructure and even derivatives. As the returns on these assets are generally anticipated to be higher than the yields on bonds, the discount rate used to calculate the scheme specific deficit will be higher too, and the deficit correspondingly lower.

In other words, the scheme specific basis allows schemes to carry out their valuations in a way that reflects the anticipated returns on the investments they actually hold now and anticipate holding as their investment strategy matures. Very few schemes fund themselves on a buy-out basis so the £1-1.5 trillion figure is really of academic interest to the majority of schemes.

In summary, the real scheme data doesn’t show there is a systemic DB affordability issue. The majority of employers will be able to ensure that their DB schemes are sufficiently funded to meet their liabilities as they fall due. There is a minority of employers whose businesses may fail in the future, and the schemes they sponsor may end up falling into the PPF – but that is why Parliament set it up, and there is no evidence that the PPF will be overwhelmed in the process.

But that doesn’t make for such a good headline, does it?