The fashion leaders that have switched to suppliers of more sustainable and environmentally acceptable materials have been listed by the Better Cotton Initiative (BCI), the Genea-based global non-profit body promoting ethical sourcing (Ethical Investments). 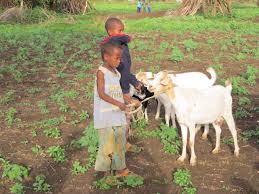 The BCI which runs an ethical business campaign through its Better Cotton standard, reported that two years ago 7.6% of all cotton produced globally met the standard.

It points out that, although Better Cotton does not demand total avoidance of pesticides and insecticides, its principle is “continued improvement” (Ethical Investments).

Sustainable Cotton makes up 46% of cotton goods sold by the European department stone chin C&A is on the BCL’s list for “making strides in sustainable cotton sourcing for over a decade”.

Adidas, the German group, is approved after declaring that 43% of its cotton matched Better Cotton standards last year. The group expects all cotton in its products will be sustainably sourced by 2018 (Ethical Investments).

Stockholm-based H&M, one of the world’s largest cotton buyers, joins the list having announced it will use only sustainably sourced supplies by 2020.

Others listed: Patagonia, Indigenous, PrAna and Synergy, all of California, the parent group behind North Face and Timberland; and London based IDH.