The Federal Reserve (FED) held interest rates yesterday at 0.5% as concerns over a Trump victory caused the S&P to slump 0.6% following 6 days of losses. 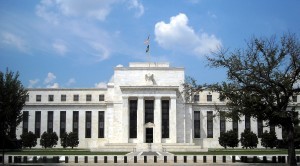 An ABC poll on Tuesday gave Trump a one point lead following news towards the end of last week that the FBI had reopened a case to investigate Clinton’s use of private servers for her emails whilst in office.

In its last statement prior to the election, the FED also stated that there was a strong case that rates would go up next month. The mixed message was explained during its statement and claimed ‘The committee judges that the case for an increase in the federal funds rate has continued to strengthen but decided, for the time being, to wait for some further evidence of continued progress toward its objectives’.

Kansas City Fed President Esther George and Cleveland Fed President Loretta Mester were both in favour of an immediate hike, putting them in the minority. They were also among the members who voted for an immediate rise in September (Investment management Bristol).

Economists warned that a Trump victory or even a narrow win for Clinton would cause concerns for the economy and, in either event, the FED may be forced to leave rates on hold in December  (Investment management Bristol).