The government decided on an abrupt reversal on its decision last December to construct a secondary annuity market. 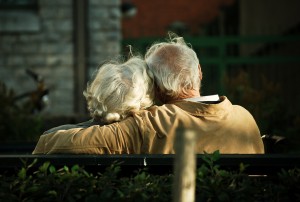 It was announced yesterday that they would not pursue the option of a secondary market, which would have given annuitants the option of selling their annuities in exchange for a cash lump sum.

Originally mooted by George Osbourne as part of pension freedom legislation, the idea was simply that those who had previously committed to an annuity in exchange for their pension pots, would be able to cash them in and receive a lump sum on a secondary market. Ros Altman, a former pensions minister, was a lone voice in expressing disappointment in the decision, saying ‘It will be disappointing to tens of thousands of people who bought an annuity they didn’t want, and didn’t need.’

Most in the industry felt the decision was broadly in the best interest of consumers, including the Association of British Insurers (ABI) who claimed ‘it was the right decision’.

Tom McPhail supported the decision stating that Hargreaves Lansdown had already made a decision not to be part of a secondary annuity market. He said ‘after extensive research, at the beginning of September [we] announced that we would not be participating in the secondary annuity market. The risks to the vast majority of annuity holders outweigh the benefits for the small minority who could benefit’ he pointed out.

The scheme was always considered to be controversial with most claiming that it would be difficult to create a system that didn’t lead to poor consumer outcomes. Part of the problem is that valuing a future income stream can be difficult for those not practised in such affairs. This would ultimately lead to a great many individuals having to take prices that were offered to them with little knowledge about whether they represented value or not.