The UK’s outgoing ambassador to the EU has said “serious multilateral negotiating experience is in short supply” in Whitehall in a resignation letter to staff (Brexit). 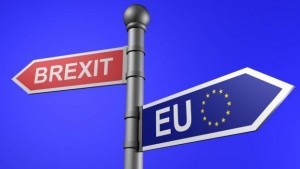 Sir Ivan Rogers resigned from his post on 3 January and is to leave the position earlier than when his tenure ends in October.

According to the BBC, Roger’s email to staff urged them to challenge “muddled thinking”, saying ministers need to hear “unvarnished” and uncomfortable” views from Europe.

The email to Brussels staff from Rogers says: “I hope you will continue to challenge ill-founded arguments and muddled thinking and that you will never be afraid to speak the truth to those in power.

“I hope that you will support each other in those difficult moments where you have to deliver messages that are disagreeable to those who need to hear them.”

He added: “Senior ministers, who will decide on our positions, issue by issue, also need from you detailed, unvarnished – even where this is uncomfortable – and nuanced understanding of the views, interests and incentives of the other 27 [EU states].”

In the note, Rogers said it would “make no sense” for him to leave his role later in the year given that Brexit negotiations are expected to start in March. His deputy, Shan Rogers, announced in November she would leave her Brussels position to take on the role as the Welsh government’s permanent secretary.

In December, Rogers told the Government a trade deal after Brexit might take a decade to complete.

About Us: Churchill Wealth Management is a team of #independent financial advisors#/#financial planners# (IFAs) based in Clifton, Bristol (www.churchillwealthmanagement.co.uk).