According to Her Majesty’s Revenue & Customs (HMRC) and the Institute of Fiscal Studies, the number of Britons paying income tax at the higher or additional rate is estimated to have reached a record 5 million people last year (IFA Clifton). 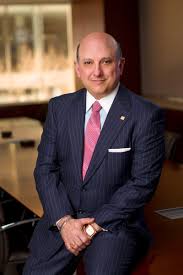 HMRC data show that increasing numbers of people are being swept into higher and additional rate tax bands, where they pay income tax of 40 per cent and 45 per cent respectively.

However, the statistics also show that more than a million fewer people will pay income tax this year than they did when the coalition government came to power, although many low-paid workers are still caught in the net of national insurance contributions.

Income tax revenues of £182 billion are expected to be collected in 2016-17, meaning that each income taxpayer will pay an average of just over £6,000.

But what can you do about it, if you want to reduce your tax burden? There are many legitimate ways to go about it.
Making charitable donations using Gift Aid, making pension contributions and sheltering your investments in an ISA are some of them – but the solution will depend on your personal circumstances.

Let me know if you would be interested in discussing what you can do about reducing tax liabilities.