Investigations have been launched against a third of Britain’s richest individuals by HM Revenue & Customs . 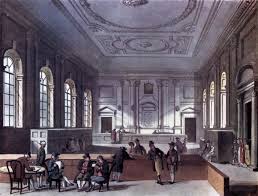 Public spending watchdog the National Audit Office has announced that the taxman is trying to recover an estimated £1.9bn from 6,500 high net worth individuals.

HMRC recovered around £416m from the group last year, who all have wealth of more than £20m.

Special HMRC liasons will work with each of the individuals over the £1.9bn that is “at risk” of not being received (Bristol Financial Advisor).

NAO head Amyas Morse says: “The tax affairs of the wealthiest in society are complex, making it harder for HMRC to ensure that they are paying the right amount of tax. HMRC’s specialist team gives it a better understanding of the tax affairs and behaviours of these taxpayers. While the yields from HMRC’s work in this area have increased it needs to evaluate what approaches are the most effective and to understand the outcomes it achieves.”

Though HMRC collected around £4.3bn from him net worth individuals in 2014/15, the NAO says over a billion may be caught up in tax avoidance schemes.

According to the NAO, high net worth individuals make up 1 per cent of users of tax avoidance schemes, but account for 10 per cent of the tax at risk (Bristol Financial Advisor).

HMRC warns that its latest enquiries, which cover an average of four issues to investigate per taxpayer, could take years to resolve.

The taxman’s high net worth unit has been running since 2009, and HMRC said it could conduct a further analysis to increase the team’s impact in future (Bristol Financial Advisor).