One way to beat low savings rates is to overpay your mortgage, says the Mail. Every extra £1 you use to pay off the loan saves you the interest you’re paying on the mortgage, which is usually much higher than the savings rates on offer from banks and building societies (Wealth Managers Bristol). 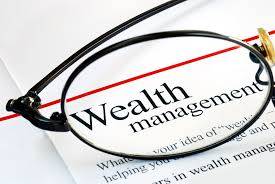 Watch out for penalties, says the Mail – usually lenders let you overpay a standard capital-and-interest mortgage by up to 10% (a few lenders go up to 20%) but levy penalty payments if you do more than this. Some older mortgage contracts have no upper limits on overpayments. However, the Mail also points out that it’s far better to pay off other debts such as credit cards first since these will have much higher interest rates and save you more in interest payments and the fall in the sterling exchange rate. It does not expect consumer prices to start falling until after 2018.

One in three of wealthiest under HMRC investigation

One in three of the wealthiest people in the UK is under investigation by HMRC, reports the Financial Times. The amount of tax at stake is almost £2 billion, even though the wealthiest 6,500 people – each with assets over £20 million – paid over £3.5 billion in income tax and national insurance in 2015-16 and another £880 million in capital gains tax. The investigations of the specialist unit set up within HMRC to deal with the wealthiest 6,500 people brought in an extra £426 million of tax in 2015 (Wealth Managers Bristol).

Hundreds of thousands of small UK businesses will soon be able to seek loans from other sources if they are turned down by their bank, says the Financial Times. Lending to small businesses has fallen in almost every year since the financial crisis, and over 100,000 firms are refused a loan by their bank each year. The scheme will require banks to refer companies to new panels of lenders including ‘peer to peer’ lenders.

Rising property prices were the main factor behind a 25% rise in capital gains tax payments to £6.9 billion in 2014-15, the latest year for which data is available, says the Financial Times. In total 223,000 people paid CGT, a rise of 15% from the previous year. Experts said most of these were probably buy-to-let investors. Others said the figures showed why investors should make full use of the higher annual ISA allowance next year (£20,000) in order to escape tax on their investments (#Wealth Managers Bristol#).

If you would like to speak with one of our Wealth Managers and potentially receive financial advice, please contact us on 0117 923 7652. We are based in Clifton, Bristol but we are happy to service clients from across the UK and we provide free initial meetings at our client’s convenience.