Financial planning tailored to your individual needs
0117 923 7652 | enquiries@churchillwm.co.uk
Run for your life… and money

Run for your life… and money

A health insurance firm is bribing customers with a big discount on an Apple Watch, says the Telegraph (Financial Planning Clifton). 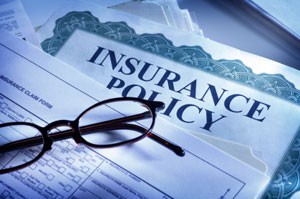 They pay £69 instead of the normal price of £369, but then have to ‘earn’ the rest of the purchase price over the next two years by meeting a set of exercise goals. They have to take vigorous exercise on 20 days each month or walk 10,000 steps per day – all monitored by their watch. Could you lend the watch to someone else to exercise on your behalf? asks the Telegraph. That would probably The Help to Buy mortgage guarantee scheme will end in December, says the Times, making it harder for first time buyers to obtain mortgages.

The scheme enabled property buyers to get a loan with just a 5% deposit, with the government guaranteeing enough of the remaining loan to make lenders keen to offer 95% loan packages. About half the 186,000 buyers who have benefited from the Help to Buy scheme used the mortgage guarantee, but the Treasury believes the has to get advice from a qualified UK adviser before they can transfer them to another provider. This is impractical for many expatriates, who like UK residents may wish to consolidate their pensions to benefit from the pension freedoms introduced in 2015  (Financial Planning Clifton).

Thousands of people may be risking their pension by not taking advice before they enter ‘drawdown’ under the new pension freedom rules, says the Financial Times. Very few people are taking advice before transferring their pension pots to other providers, and many could be taking on much more investment risk than they think count as insurance fraud, responds an expert  (Financial Planning Clifton).

Poor insurance deals for the elderly

A Which? report has slammed the insurance deals offered by some specialist insurers, says the Telegraph. It found that Saga, Age UK, Rias and Castle Cover were charging significantly more than deals readily available from comparison sites for older people, both for home and car insurance. Consumers in this age group would do better to look at offers from other insurers, said a spokesman for Which?

What lies behind the big rise in inheritance disputes that have reached the courts in recent years? asks the Mail. One legal expert points to rising property prices, which make almost any Will of a property owner worth disputing by anyone who feels unfairly treated. Another points to the major cause as the lack of legal rights of cohabiting couples. Over 6 million people in the UK are cohabiting, and the surviving partner has no legal inheritance rights. Where both partners have children from previous relationships, it becomes more likely that someone will feel they have not had their fair share from an estate. Surveys still show at as many as two-thirds of Britons do not have a valid Will.