Shawbrook Bank is set to launch into specialist lending space during the first quarter of next year (property investment). 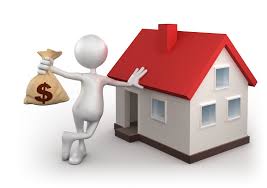 The range will be aimed at borrowers with circumstances which exclude them from mainstream criteria, due to age, credit score or previous problems with late payment.

Ms Ward, who moved from being sales and operations director from second charges in July, told Financial Advisor Magazine that the new products were still at the testing stage, so may change in the next few months, but were currently being called the Complex Mortgage Range.

She said: “Post-Mortgage Credit Directive, lenders on either side of the first and second-charge side have been looking to expand now that both are aligned under the same regulations, E’re very much an intermediary-led business, so we’ve spent lots of time consulting with advisors to find niches and understand borrowers”.

Shawbrook is already developing a later-life mortgage, aimed at borrowers aged 55 and over, with a cap at 80 years old at the end of the term, which should be ready before the end of this year (property investment).

Ms Ward said more details would be available in October ahead of a launch in late November or early December.

She added: “There are an awful of borrowers trapped on interest-only deals who don’t want to sell up or downsize for a variety of reasons. We’re looking at offering terms between five and 15 years, based on our flexible, common sense approach to underwriting” (property investment).