I have always been a staunch supporter of the auto-enrolment reforms; reforms that came to be following the demise of the State Second Pension. 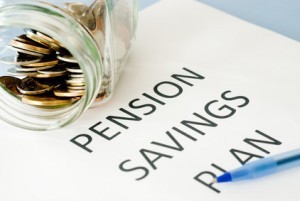 That strange experiment – the provision of a second, earnings-related state pension that has covered half the UK workforce since 1963 – has been a complete disaster. It has held back the spread of workplace pensions and other benefits for over half a century and condemned far too many citizens to be completely reliant on the state for income.

For too long we have had a polarised system whereby those working for large organisations could expect to be in a company pension scheme, while those working for smaller employers would simply be swept into the S2P. The latter and their employers paid more in National Insurance contributions to fund the accrual of such earnings-related entitlement.

The removal of S2P has finally broken that polarised position. The future into which we are now headed is one where most UK employees will be able to accrue a workplace pension on top of their basic state pension entitlement. That is a good outcome that is long overdue.

However, over the last 50 years or so, the development of the private pension system has provided more to the employees of the larger organistions than a simple workplace scheme. For many, a whole range benefits are now provided by employers; some as core entitlements and others as voluntary options.

Chief among these have been the provision of group life assurance and other death-in-service benefits that employees and their families value highly. I had originally hoped the auto-enrolment reforms would have included a requirement on all employers to provide group life assurance as well as a workplace pension, but sadly that was not to be (Pension Advisors Bristol).

The roll-out of auto-enrolment is coming to an end

The roll-out of auto-enrolment is coming to an end, with the very smallest employers on the way to complying with their new duties. Perhaps it will act as a catalyst to wake people up to the possibility that the workplace benefits culture half the UK takes for granted can be extended to everyone?

The technological power available these days should enable workplace benefits to be introduced in even the smallest businesses at a commoditised and affordable price. There can no longer be a “them and us” divide. Most people have far more powerful computers in their pockets today than the large corporates and their advisers had to spread workplace benefits to employee groups in the past.

Half the country has over half a century of workplace benefit innovation to catch up on. The auto-enrolment reforms and the provision of private pension accrual rather than additional state entitlement are the start of that. But there is much more to do than simply replace S2P with funded company pensions. Much more.