UK borrowing below expectations in October

Philip Hammond has received some rare good news on the public finances on the eve of his autumn statement, with borrowing in October below what had been expected as tax receipts surged.) 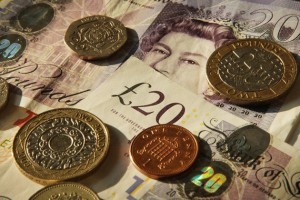 The chancellor is due to outline a bleak set of forecasts tomorrow showing £100 billion extra piled on to the national debt compared with the government’s outlook in March.

Borrowing for the month fell to £4.8 billion, below both last year’s £6.4 billion and forecasts of £6 billion, according to the Office for National Statistics. The figures were helped by a sharp increase in tax receipts of 6.8 per cent, above projections for 5.1 per cent for the year as a whole. (Financial Adviser Bristol.)

Corporation tax revenues soared by 24 per cent from last year in a sign that British business is in robust health despite Brexit fears. October is a key month for corporation tax as companies make the second of four payments for their 2016 profits. Income tax receipts, which have disappointed in recent months, surged 7.5 per cent.

The upbeat data comes too late for Mr Hammond. The Office for Budget Responsibility locked in its forecasts for growth and the deficit last week and the chancellor hinted on Sunday at bad news to come when he talked about Britain’s “eye-watering” levels of debt.

October’s better-than-expected borrowing will not unwind the surprisingly large overshoot this financial year. For the first seven months the government has borrowed £48.6 billion on its preferred measures, a fall of only 10 per cent compared with 2015.(Financial Adviser Bristol.)

At the budget in March the government believed that borrowing would drop by 25 per cent this year. Part of the overshoot is because income tax payments are expected to be backloaded into the final few months but economists still expect borrowing to surpass the March forecasts.

Scott Bowman, UK economist at Capital Economics, said: “Even with an improvement towards the end of the year borrowing should come in at almost £65 billion – well above the March forecast of £56 billion.” The UK borrowed £76 billion in 2015.

Surprisingly weak tax receipts have hurt borrowing even though growth has held up. The OBR is expected to say on Wednesday that a collapse in growth due to Brexit will cause a spike in borrowing in years to come. The outlook for the next five years will show that the government will have to borrow about £100 billion more than forecast in March. That will put more pressure on the national debt, which the ONS said had reached £1.64 trillion in October, equivalent to 83.8 per cent of GDP.

A Treasury spokesman said: “As the chancellor has made clear the government is committed to fiscal discipline and will return the budget to balance over a sensible period of time, in a way that allows space to support the economy as needed. The chancellor will present his fiscal plans at the autumn statement.”