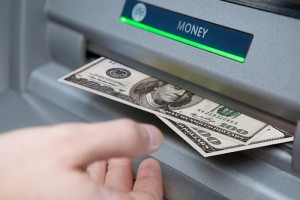 The £870m of 36 year index linked debt was sold with a yield of -1.77%, the lowest in UK history. Effectively, due to the high price of the bonds, if investors hold the bond until maturity they will suffer an overall loss, as the sum of the coupons and the capital on maturity will amount to £855m. Although UK index linked bonds have been issued with negative yields for 2 years, historical yields have never been lower than -1.722% (Investment Advice Bristol).

What is perhaps surprising is the demand for such investments. The DMO reported that this particular issue was 3 times oversubscribed. Institutional investors or pension fund managers may be philosophical about the potential loss on a 30 year investment. As central banks, through quantitative easing, have pushed the price of bonds to record highs, large investors may seek to sell prior to maturity as the price continues to be propped up by central bank purchases. Others may simply accept a loss to maturity in exchange for a guaranteed income from a perceived safe haven.

It is now reported that approximately one third of developed countries’ debt is now offering negative yields, fuelling speculation of a bond bubble, with many experts suggesting that central banks are acting irresponsibly. As central banks buy government bonds, their price increases and as central banks cut interest rates, bond prices compensate by becoming more expensive to reduce their yields making them more comparable to underlying interest rates.  Bill Gross, of Janus Capital and founder of PIMCO stated that central banks have created “a supernova that will explode one day” (Investment Advice Bristol).