Financial planning tailored to your individual needs
0117 923 7652 | enquiries@churchillwm.co.uk
Why you can’t bank on drawing 4%

Why you can’t bank on drawing 4%

Investors can’t assume they will be able to draw 4% a year from their capital for the rest of their lives when they retire, says the Telegraph. Old research said this 4% rate was feasible in the US, but more recent analysis says the number for the UK is more like 2.5% 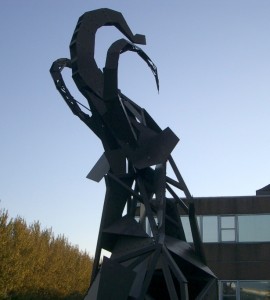 The problem is that the withdrawals eat into the capital value with the result that when the value of investments falls, a high rate of withdrawal means you risk running out of money. Careful planning is essential to manage this risk (Financial Advice Clifton).

LISA may be late

LISA – the Lifetime ISA announced by former Chancellor George Osborne in the 2016 Budget – could arrive later than planned, says the Financial Times. Analysts think the complex scheme, which provides large subsidies to people saving up for a deposit on a first home, is unlikely to be launched next April, Mr Osborne’s target. An update on the launch schedule is expected in December in the new Chancellor’s Autumn Statement.

Pleasures and perils of buying your local

The Financial Times ran a long report on a new trend: communities buying their local pub. With over 20 pubs in the UK closing every week, many villages are losing their only social centre – and some are fighting back. A law passed in 2011 gives communities the right to bid first when a pub is threatened with closure or – more often the case recently – an application to tear it down and replace it with houses or flats. Not many pubs have been rescued in this way, and the FT recounts one success story and one failure.

A government consultation document was published proposing hefty fines for accountants and other advisers who promote tax avoidance schemes that the courts judge to be illegal, says the Financial Times. At the moment, such promotion is risk-free for the advisers, but making them potentially liable to huge bills would substantially reduce the amount of tax avoidance in the UK.