More than half of working-age households are worried about how June’s EU referendum will impact their finances according to Scottish Friendly’s disposable income index (Financial Planning). 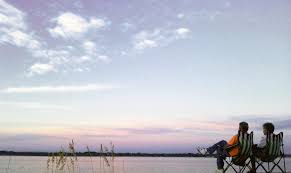 The report found disposable income remained relatively flat, with a small 2.4 per cent improvement overall from £1,000 to £1,024 across the country over the last quarter.

This upward move was caused by low inflation and the impact of the national living wage, but despite this, many are concerned about their financial wellbeing (Financial Planning).

Working-age households aged between 25 and 54 are most concerned about how leaving the EU would affect their families financially, with 51.9 per cent voting concern.

Calum Bennie, savings expert as Scottish Friendly, said the economic consequences of the Brexit vote are at the forefront of people’s minds when it comes to planning their finances.

He added: “Concerns persist as monthly disposable income has remained relatively flat. There is still a sense of financial fragility in many parts of the UK and among young people in particular, who don’t feel as secure in their jobs or as able to save as older generations (Financial Planning).

“Despite the recent blow to savers of the cut in base rates, it’s encouraging to see that more than half of UK households regularly save or invest each month.”

Mr Bennie said building a “robust buffer” was going to be important for many households and more had to be done to encourage people to get into the habit of putting money away in the future.